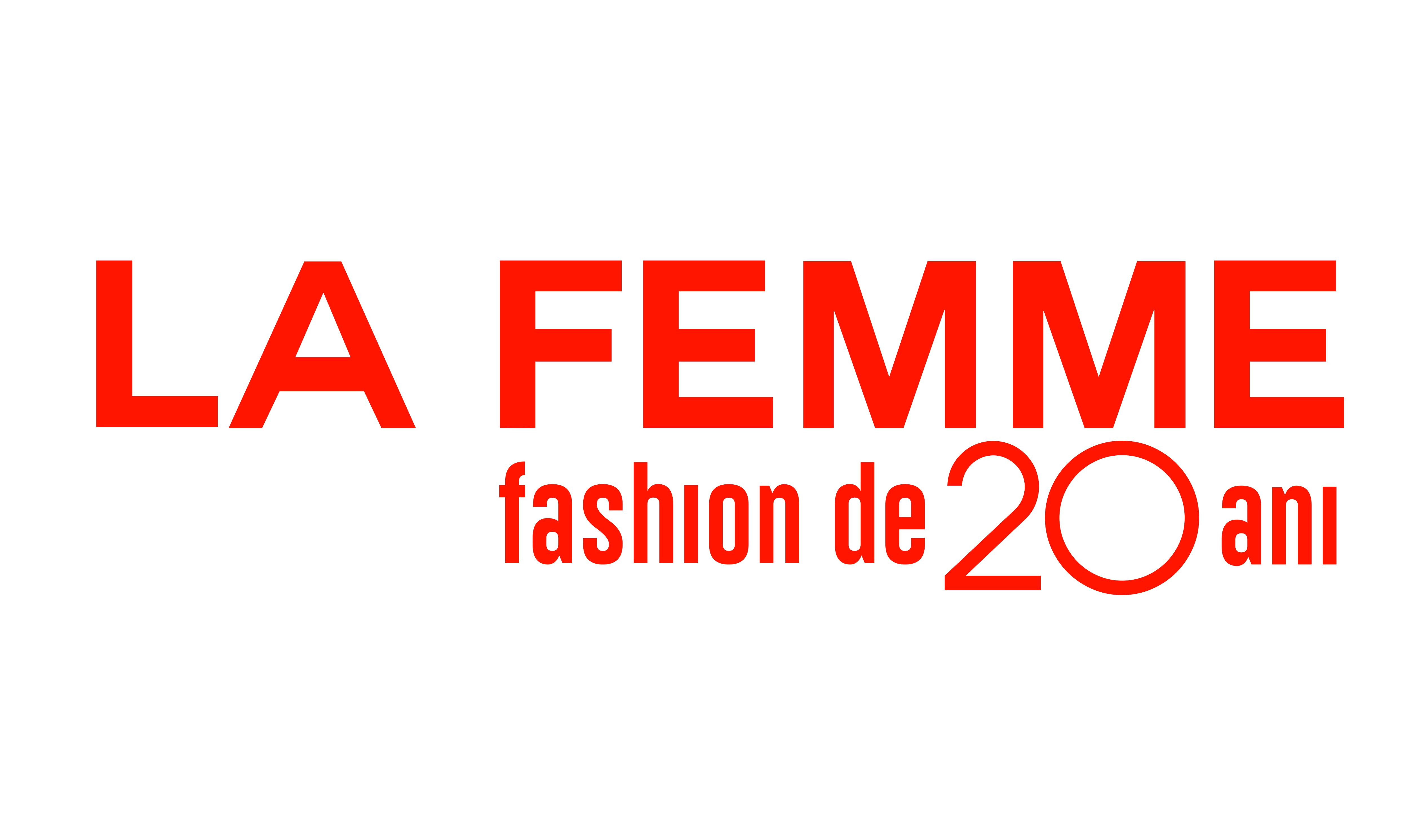 The “LA FEMME”concept has evolved from the passion for clothes that take you out of anonymity and express your personality as well as possible. The French name of the brand was chosen specifically to send us the thought of the country that has imposed and still imposes world-wide fashion, “LA FEMME” concept is trying to do the same thing locally.

“LA FEMME”promotes a casual smart style with two complementary directions: classic business and trendy. The collections are remarkable in the chic – trendy style, the superior quality of the materials and the uniqueness of the models. The accessories presented in stores endure and potentiate any outfit.

The history of “LA FEMME” stores begins in Pitesti in 1994, when the first store was opened on Teilor Street at number 27 bis.

The year 1997 brings the second store, opened in Bucharest on 16 – 20 CaleaVictoriei, the Villacrosse Passage – an area with a special charm that reminds of Little Paris, an image that is associated with “LA FEMME” philosophy.

The fashion proposal for ladies was successful, and the opening of the third store in 1999 was a natural consequence. The location is also a place of “charm”, in perfect harmony with the ideas of the brand – Rosetti Square, Bucharest, on Jean Louis Calderon Street 1 – 5.

And in Pitesti there is a need for development and the second “LA FEMME” shop in town is inaugurated in 2001, in anvery central position, on CaleaBucuresti number 1.

The core of the business is in Bucharest. The company grows, offering, besides quality products, limited series and professional services. “LA FEMME” stores are focusing on modern trade and new open shopping areas. In 2003, the fifth store in Bucharest appears in the Orhideea Shopping Center.

The sixth “LA FEMME” store is also open in Bucharest in April 2006 in FeeriaBaneasa Commercial Center, which was later relocated to Baneasa Shopping City. The Chic & Trendy boutique concept is still maintained in this new store.

In the idea of ​​expanding the brand in other cities of the country,“LA FEMME”welcomes Constanta customers, opening in October 2006 the first store in this city – in the TOMShopping Center. Next, in June 2008, the “LA FEMME”store in Pitesti was relocated from Teilor Street in a shopping area dedicated to shopping – in Jupiter City and then in VIVO! Pitesti.

In October 2009 the shop no.8 from AFI PALACE Cotroceni is inaugurated in a new concept and on a surface of 120 m2, a new Chic & Trendy image of “LA FEMME”stores in Bucharest.

In April 2017, a new concept is being put in place and the new “LA FEMME”rebranding is being implemented for the first time in the AFI PALACE Cotroceni store, 1st floor.

The rebranding will follow at Tom Shopping Center in May 2017 and then on the rest of the “LA FEMME”shop network.